This week I pressure canned some more chicken broth from a carcass. Then I made soup with loads of garlic for Mr. Perky. He is down with a severe cold. Bless his heart, he just doesn't get sick often and hardly ever takes a day off from work for being sick. 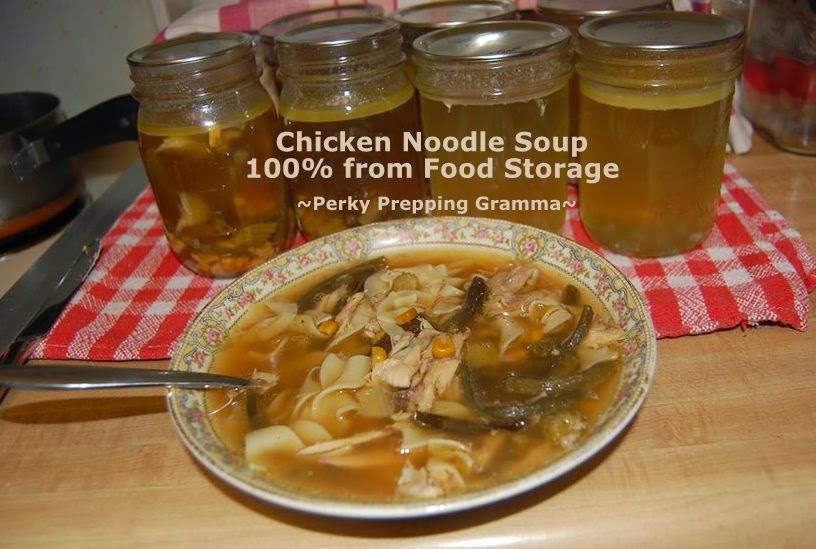 The first on the left is a package of a variety pack of vegetables that I stored early on with my Food Saver.
In the summer of 2012 I started dehydrating (associates link) veggies. The package has peas, asparagus, green beans and more. Initially I dehydrated frozen vegetables to get them into storage. Then yellow squash (fresh) and in the last container is corn (frozen), I've now gone with growing my own non-hybrid and non-GMO. After that first large batch of mixed vegetables, I started storing each vegetable separately. 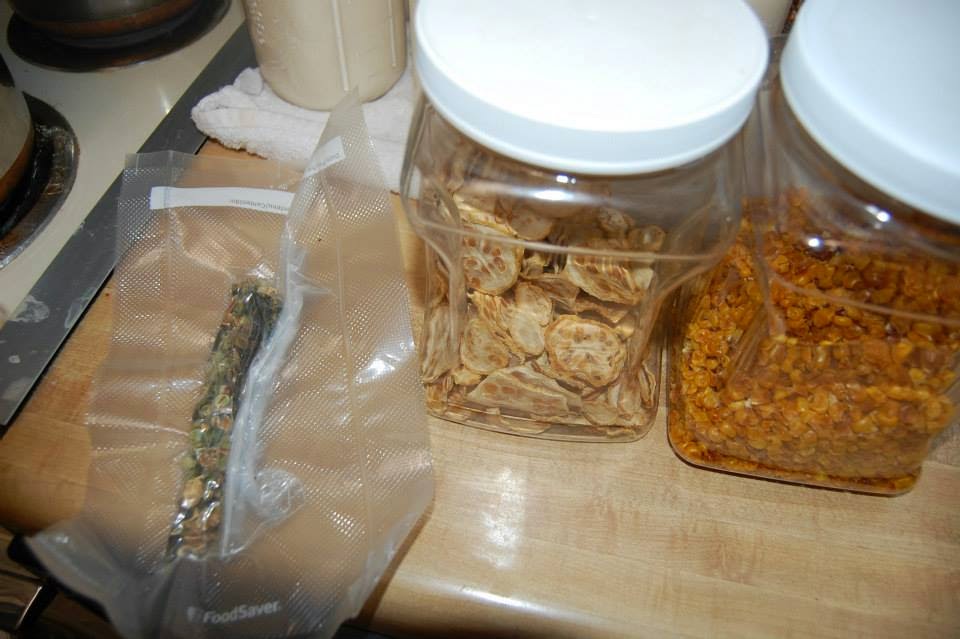 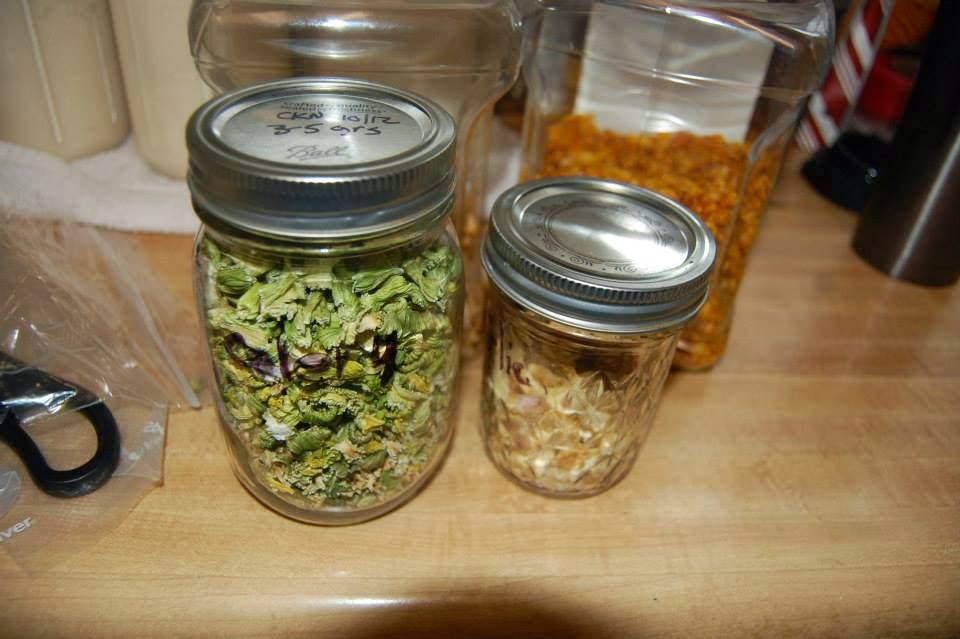 I mostly use chicken for my soups. In this saucepan here you see the mix pack, plus some corn, squash, mushrooms and celery. At the last minute I also added a couple slices of dehydrated ginger to the soup. Just enough to give it a little kick and added medicinal value.
I simmer them covered in water until they are tender, added water as needed & cook down so there is barely any water left. I like the concentrated veggie broth and then add the chicken broth. 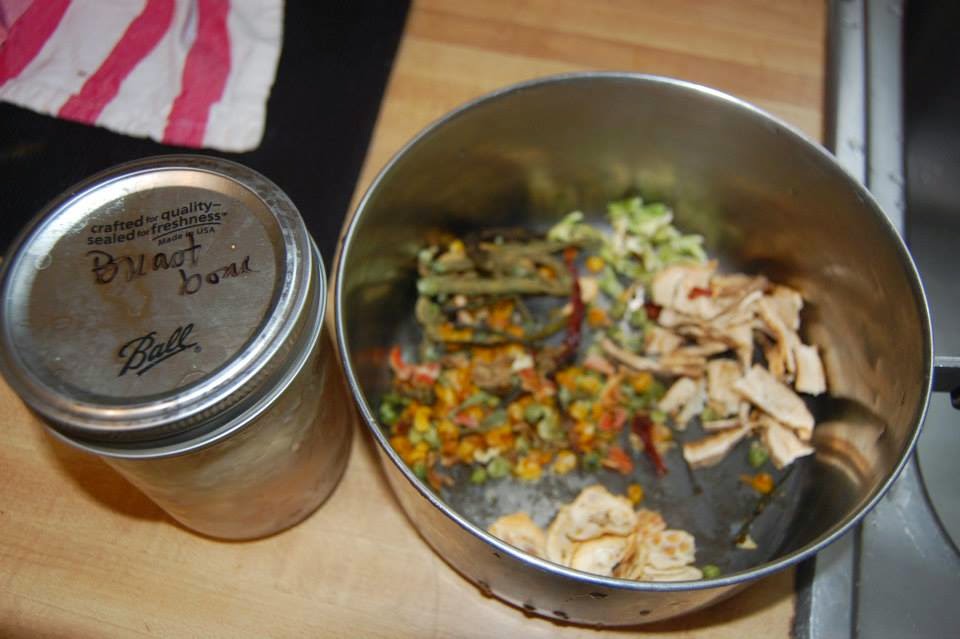 Remember the vegetables will rehydrate when you add the water and simmer them so you don't have to add a lot of vegetables volume wise when starting a soup. I once went over board and added too many veggies to my pot.

Then I add the pressure canned chicken is added to the veggie and chicken broth. For the last tens minutes, I add some noodles I have stored. I do things by taste so it is hard to give you an exact recipe. Hopefully this helped.

Posted by Perky Gramma Teaches at 10:03 AM