This post stared because of the "Use 1, buy 2" Facebook post earlier.
Specifically about storing something you don't particularly like, but would eat if you HAD to.
Examples:
I have one can of Spam (old Spam), 7 Dak hams that I purchased in the beginning before I figured out it would be better to pressure can my own meat. & 6 Ramen noodle packs, that we just sitting around.
Would we eat it if we had to, sure. Would I buy more? Nope. I don't eat Dak ham now, why store any more? It makes more sense to me to spend my money on things I know we will eat. 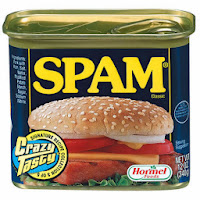 I have thought about storing things to barter, then again I always would revert to
1) Shouldn't I already have what I need if I am preparing?
Yes, there might be things I have forgotten-
Is accumulating bartering items we don't need or want be worth the cost now? This isn't set in stone, but a question I am constantly going over. 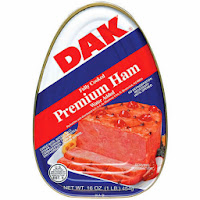 I also initially purchased a large package of a variety of seeds (non-GMO, non-hybrid) for storage. Will I do that again, probably not. For example there are turnips & okra seeds in that pack. I don't like them. I might consider bartering with those seeds.
As I plan my garden purchases this winter-I will continue to focus on vegetables and fruits that I know we will eat.

What would you be willing to barter?
Would you store items that you wouldn't eat, simply for bartering?
Would there be some ethics on what to barter?

Another example, many don't drink for various reasons. We rarely drink. Maybe 3 times a year.
But, there are great medicinal purposes for alcohol. For pain relief, sterilization & creating tinctures.
Do have alcohol stored? Yes. So do we have items to continue producing alcohol as our supplies run out? (plan B.) I will leave that to your imagination. Now as for bartering? Would you feel comfortable bartering alcohol?

What about ammo? Why barter away the ones we had decided to focus on and possibly run out? What about caliber's we are not focusing on, yet still have? Do I want to risk bartering with the possibility of those things being used against us?

I do believe I will barter as things become safe to do so. I also have given serious thought to (but, haven't decided) about having packages to give way with some basics for people in need, with the caveat this is a one time deal, do NOT return. Things like beans, cornmeal...
But then again, I end to do that in my life currently.

I know this post really is simply a lot of questions. Sometimes I don't have answers, but I want you to think about what you would do. I simply proffer these ideas for your consideration.
Posted by Perky Gramma Teaches at 1:00 PM