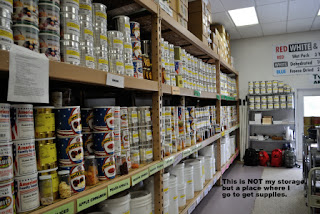 By the summer of 2012, I had stored canned foods from the store & various dehydrated and freeze dried foods from East Coast Food Storage. 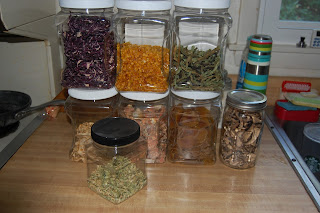 I had purchased a small three tray Oster dehydrator. I had already started dehydrating various veggies that I knew we would use. Cabbage, corn, green beans, squash, sweet potatoes, potatoes, celery & mushrooms... just basics for us.


BASIC TIP: “Store what you use & use what you store”. By using what I store on a regular basis, I know what to store more off. One thing I didn't realize was, I use A LOT of mushrooms. But by using my storage I was able to see that, so I dehydrated A LOT of mushrooms. This will also key into my garden & sustainability planning. I am starting to learn the basics of growing mushrooms & probably will start that next year.
The only storage I used was vacuum sealing with our Food Saver & storing canned food items from the store (in banana boxes).
I was also using PET jars with oxygen absorbers for dry goods. Which I later repackaged, when I started focusing on the shelf life of the various foods I was storing. 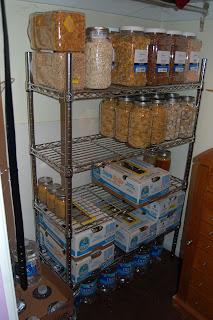 It would probably be accurate to say part 3 of our journey began when we found out about “Doomsday Preppers”.
We watched two seasons of Doomsday, which included the one with Kellene Bishop of Preparedness Pro blog. Over all we would glean some information from each show; but what it really did, was get us talking about various means of preparing ourselves. We don't really plan to watch it anymore.
I took the time (two weeks) and read 95% of Preparedness Pro's blog posts. All the various things I was learning were starting to converge. As I was expanding my knowledge and deciding what I wanted to store next. Pressure canned meat. In part 2, I discussed Vonda showing me her canned chicken. I asked my friend to teach me how to pressure can. I knew she canned, but she had never done meat.
It was so funny, she was so very concerned about canning MEAT!!! I just gently coerced (forced) her to do it. LOL.
That was early October 2012, my first canning experience was ground beef. 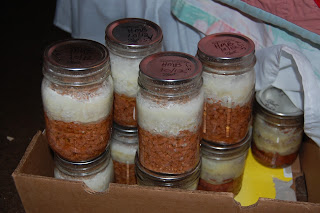 That is when I started my Perky Prepping Gramma Facebook page. I really started the page to simply be able to comment on other “prepping” type Facebook pages without being exposed on my personal fb page. To share what I was learning and doing as I was doing it.
Honestly, I had no clue at that point in time what this would lead to... 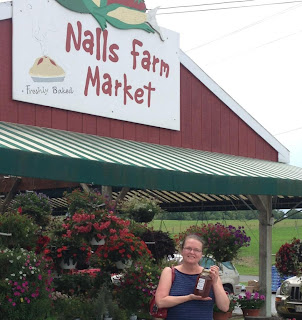 Email ThisBlogThis!Share to TwitterShare to FacebookShare to Pinterest
Labels: In the beginning...