It had been over a year & a half since my mom had last visited my home. That visit was B.P. (before preparing).
So there were a lot of interesting conversations while she was here. I tend to avoid the word “prepper”, since it now has many negative connotations. Instead, I use a softer approach when explaining “why I do, what I do” to others.
She was asking about my dehydrated veggies (she thought they were strange looking). So, one night I made chicken soup from my storage. I asked her if she needed crackers to go with her soup, then pulled out some saltines I had stored. 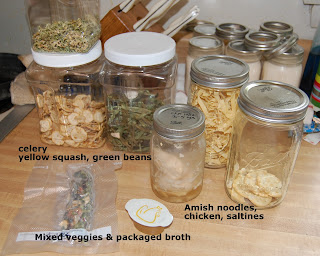 She wanted cereal one morning for breakfast, so I told her what we have “on hand” & then gave her cereal. 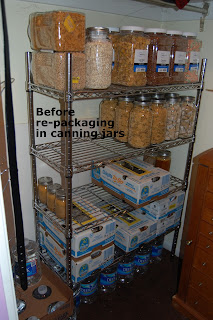 Though the best one was, I had shown her my sweets & treats storage. I also had pulled out some chocolate biscotti for her morning coffee. She wakes up a little earlier than I do. One morning she ran out of the biscotti; she said she had to think about it for a little while, then she remembered. “Ah, under the t.v.”. She pulled out another jar and opened it. 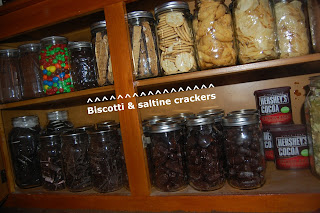 She observed while I taught my friend how to wax cheese. 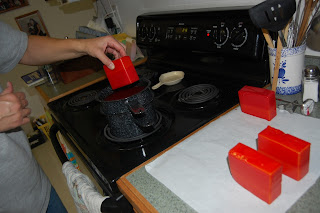 She saw my garden, the grandbabies garden and listened while we planned a start garden for the other grandchildren next spring. 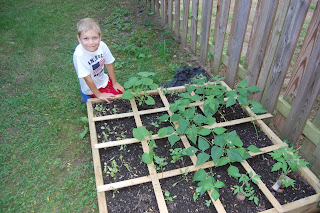 She would walk around and look at my preps that were out & ask questions. She got the fact that we could survive about a year with the food & water we have stored. She even asked about how we would deal with the electricity & mortgage. Instead of going into detail, I explained we have a plan for that too.
She has always known we keep “defense” items at home.
Well, at least I am “out” with her now. Though she doesn't know what I do here in cyber world, i just didn't think she would know what to do with that information. I have no clue what she will say to my brothers back in Indiana. LOL.


Posted by Perky Gramma Teaches at 5:58 AM