Once upon a time, a real life story began. A little boy, nicknamed Bug was born after a complicated pregnancy. Around 3 months old, the signs of autism started appearing. That way just one side road in the journey of his life. Bug was diagnosed with Asperger’s in first grade. Children on the autism spectrum often develop a fascination with a particular object or area of study. Bug’s was well, bugs, dinosaurs, and all things animal. It was encouraged, as this fascination will prove beneficial to him in life. And so a natural prepper was born. (But don’t use that word around him….he is just a kid that likes to play outside and eat homemade food.) 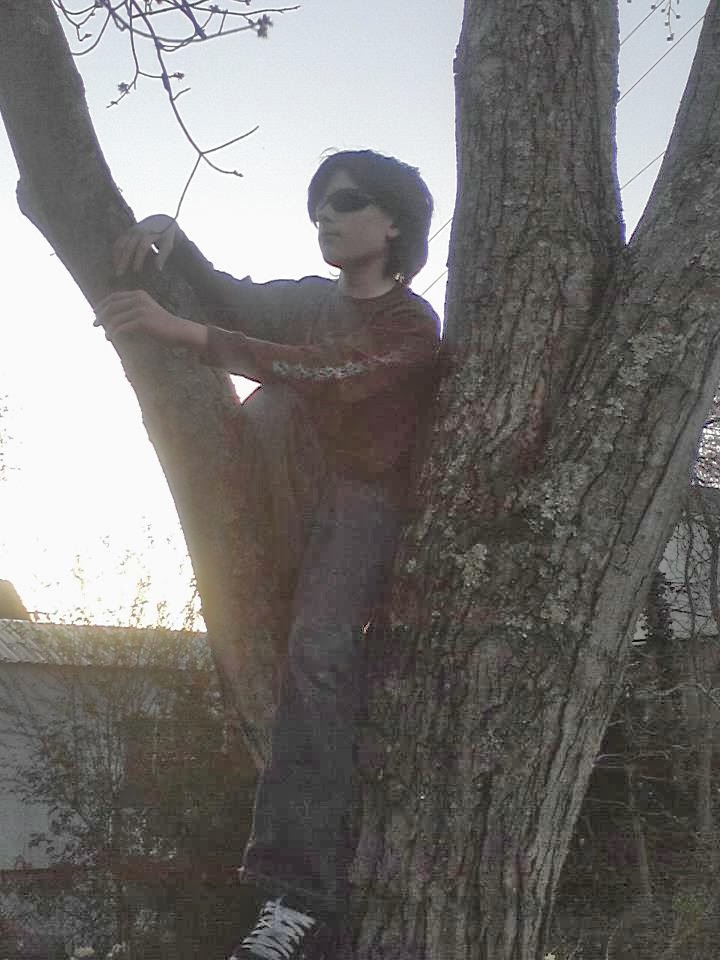 
After many side tracks and branches in the road of life’s journey, we arrive to present day. The fascination with animals has slightly branched out to include a love of nature and being outside. Bug is a child that struggles through the daily grind of being in a classroom or having to focus on tasks. Put him outside and suddenly it is a whole new teenager. 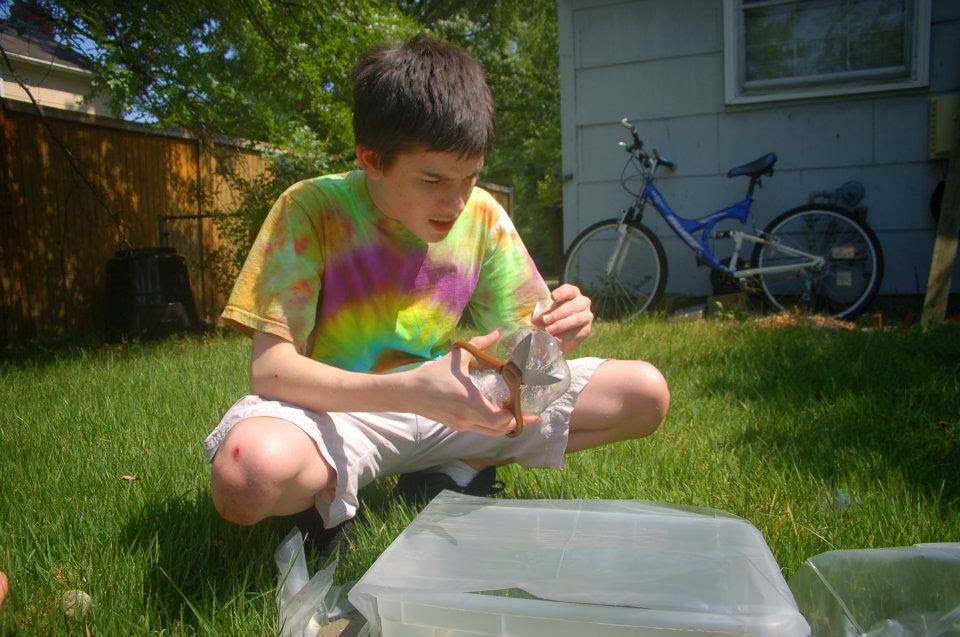 Bug is now almost 16. He attends a specialized school an hour each way from home. He often talks about animals, particularly bugs (easiest for him to go outside and capture). He spends most of the time on the bus looking up ways to track animals, snare animals, raise animals, etc on his phone. Yes, the school is quite far, but it was chosen not long after 9/11 happened and it was chosen for security purposes, as well as medical staff on hand. (Mom is on the emergency team at the school she works at and would not be able to leave immediately to get to him. This placement allows Mom peace of mind to know that Bug is safe while she does her job.) 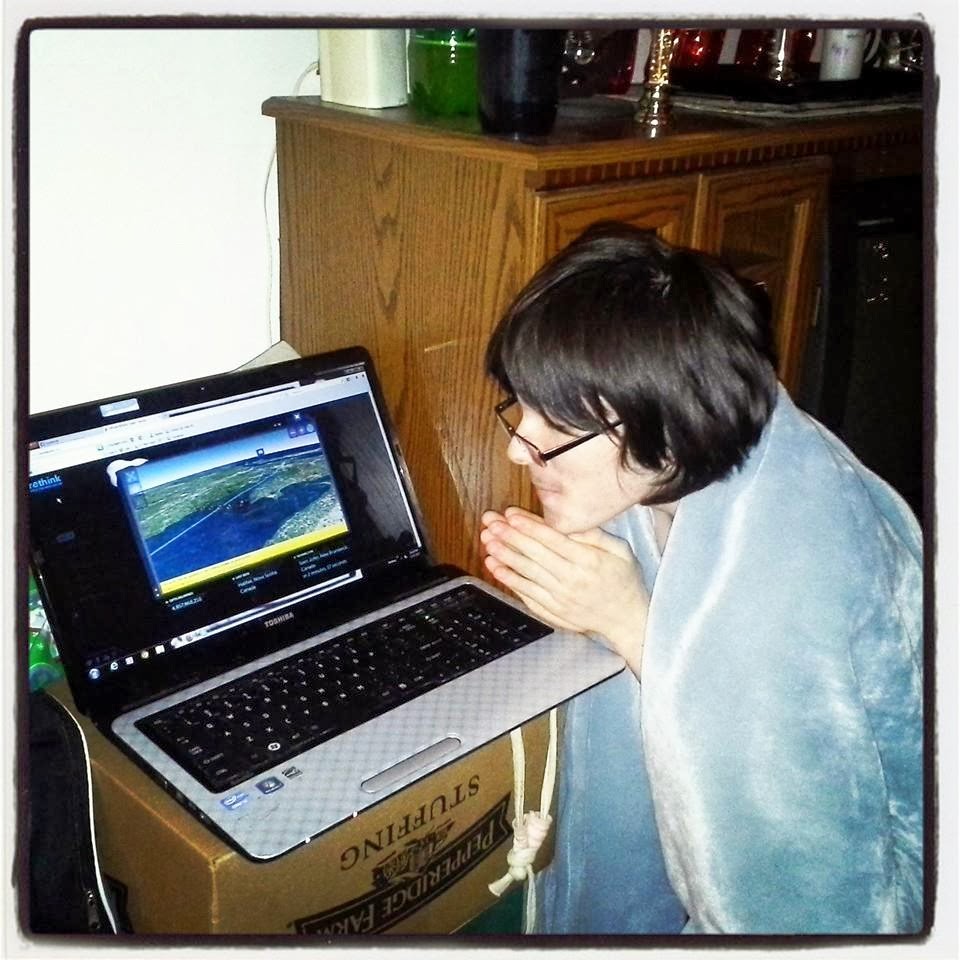 Bug gets lunch at school but due to the long ride, Mom has always insisted on extra snacks and water being carried. In the side pocket of the lunch box is a plastic baggie containing extra napkins, glo sticks, whistle and few other little emergency supplies that are within rules and regulations and safety expectations. This has paid off well for traffic on bad days, a day that an SUV ran a red light and slammed into his bus and just other life situations. What started out as something Mom insisted on is now something Bug keeps filled and up to date. Bug often reminds mom that there is bad weather in the forecast, he needs new snacks or whatever for the lunch bag. Another benefit of Bug going to school in the city….he knows just about every way in and out of the city (he is a walking talking GPS system!) 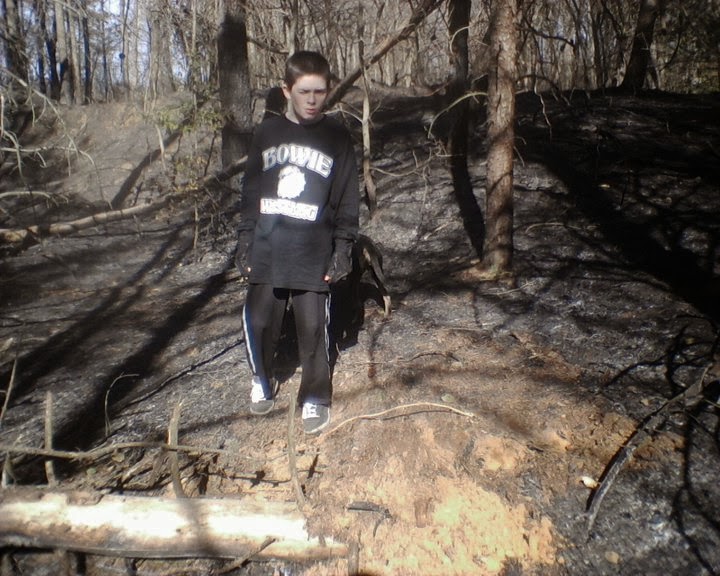 One of the benefits of the Asperger’s. Mom is trying to teach Bug how to use a compass, but he is struggling with that skill). As he has gotten older, he has shown Mom some of these ways as well as able to identify safe and unsafe areas.

Bug knows that when power goes out to wrap the freezer. He has a lanyard with a whistle and flashlight that when the weather alarm goes off, he puts on without thinking. Mom and Bug are always looking for new skills to learn together as this is a great bonding time. Oh, and Bug’s favorite skill, taste testing the homemade jerky and dehydrated apples. 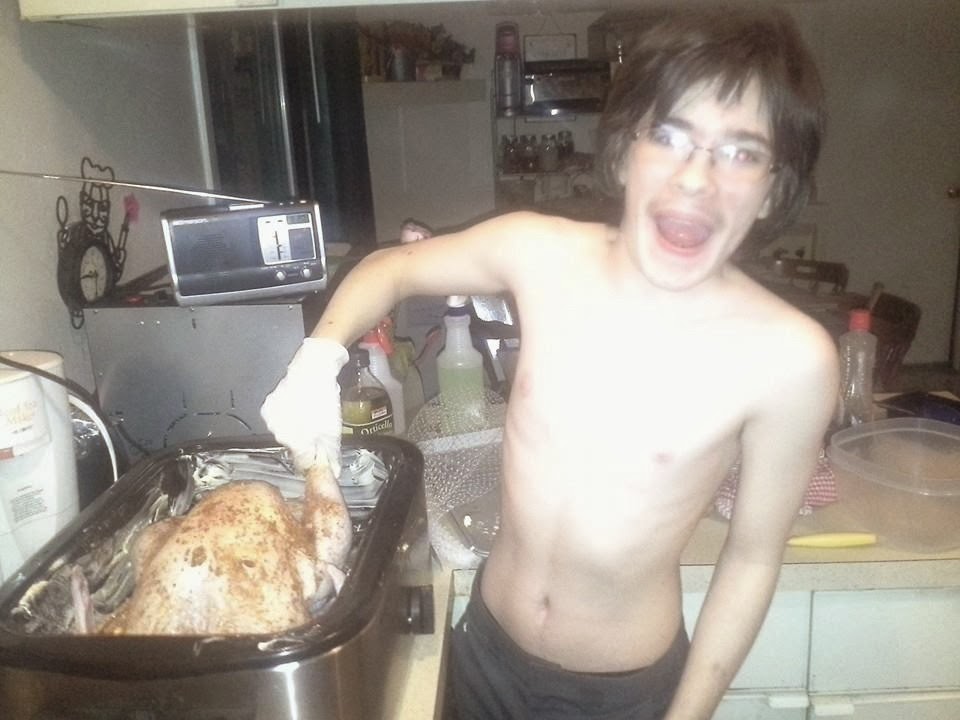 First Turkey
Bug and Mom have frequent drills at home. Tornado, earthquake, etc. Bug has witnessed first-hand tornadoes, one earthquake, a wildfire, and severe weather. Bug often comes up with small drills to challenge Mom with. Recently, in anticipation of an ice storm, the challenge was a weekend using only alternative lighting. (Bug loves to use battery operated lanterns in his room as his light source). Bug often wishes for power outages. He swears Mom cooks better over an open fire than on a traditional stove. Open fire is how most of the cooking is done during the warmer months. (Did you know chicken nuggets taste amazing when crisped over a fire! Did you know you can roast Starbursts? Yummy!) 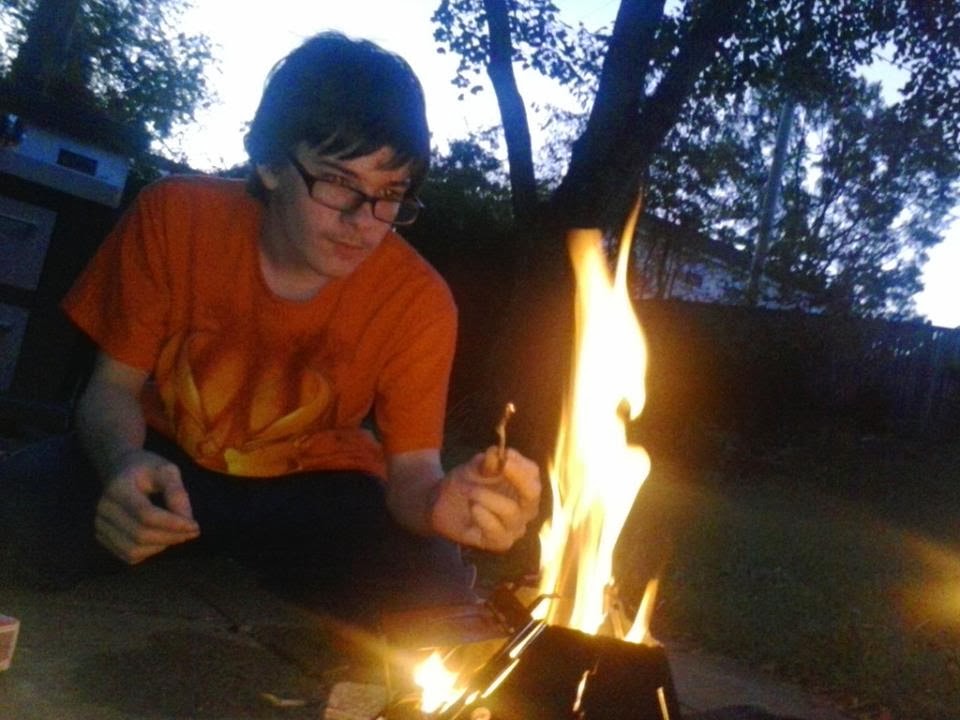 This drilling has paid off. One afternoon, where we live had an earthquake. Mom was at her school. Bug had just gotten home from school. He immediately got his lanyard and cell phone. Once he was in his “safe area” he called his mom. The connection was only long enough for him to get out that he was ok. Months later, Mom found out that Bug went through his emergency list until he got ahold of one of his contacts to let them know he was ok.
Bug has basic firearm training, as well as practices regularly with a recurve bow. He currently is learning how to make snares. He is learning several methods of firestarting. 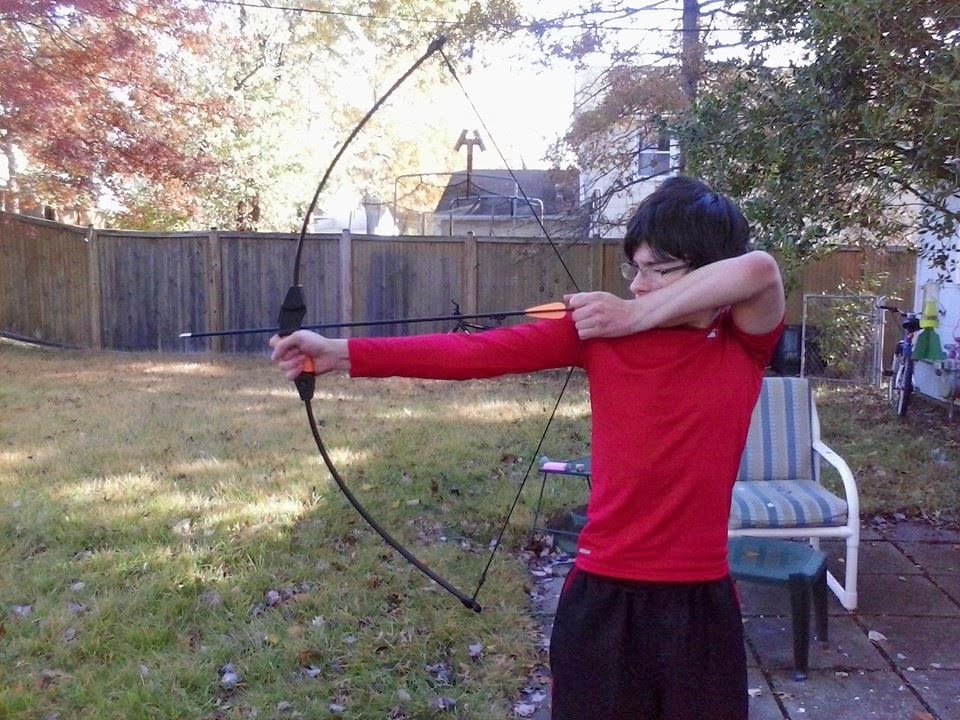 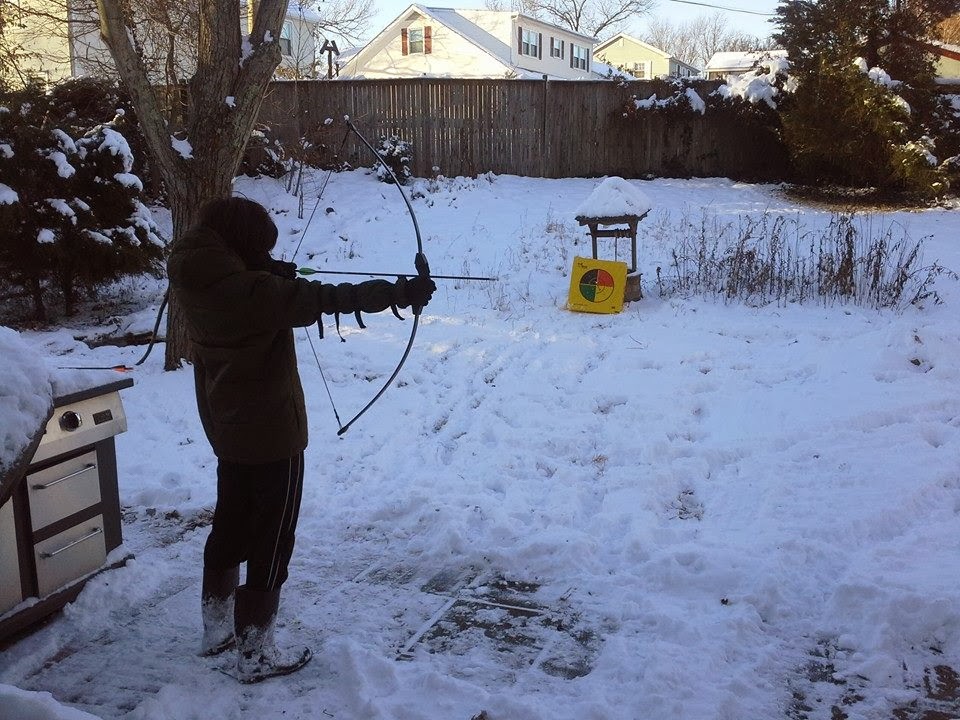 Fishing is a passion of his. He has helped process game since kindergarten. He is a sensory eater. He is a picky eater. When Bug sees where the food comes from and helps in the process, he tends to eat much better. 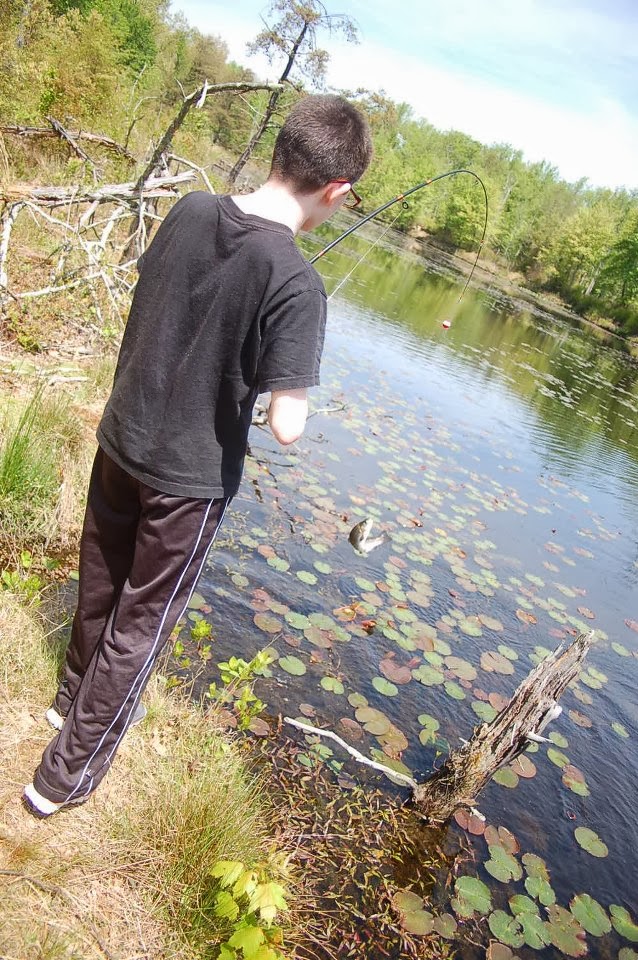 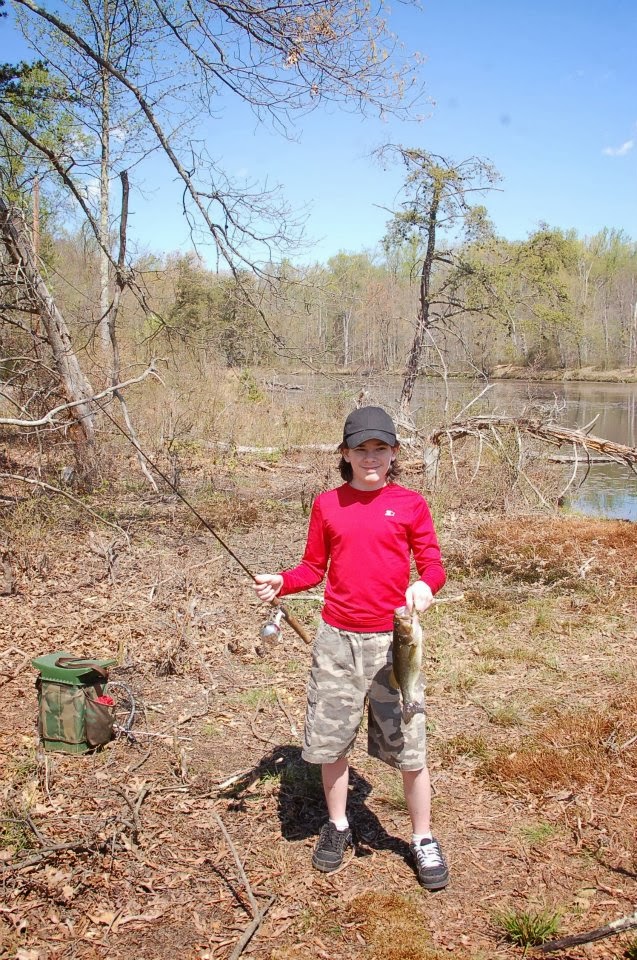 To Bug, the way of life his mom has chosen, as a single mother surviving a very abusive relationship and starting fresh, is not a life of a prepper. It is a life style. One that has been handed down through generations. Farming, gardening, livestock, hunting, fishing, preserving, are all things that Bug has witnessed and been part of. He has a special bond with nature that is part of who he is and will serve him well. He may have a hard time interacting with other humans, but with nature, he is at home. Mom’s goal through this journey is to teach Bug important life skills so that he can go on to have his own home and eventually have his own family. 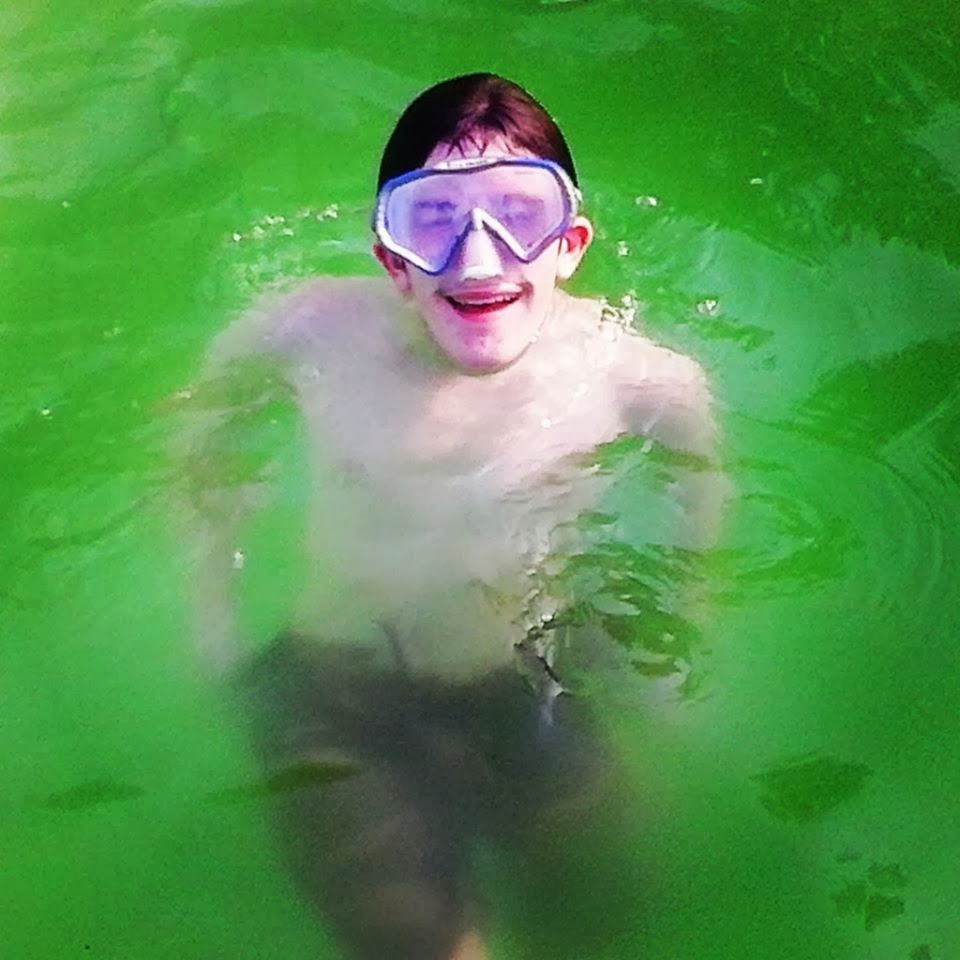 One day Mom asked Bug if he would like to meet another prepper. Bug had a meltdown. He hates the word prepper. He always says “It’s just the way we live.” So, please don’t mention the “p” word around Bug.

While Mom has a lot to learn and continue to pass on, Bug has been given the basic start of skills to continue and thrive in a life that will benefit him. Yes, there is still a lot of room for both to grow and improve, but the thirst for the knowledge is there. Bug’s love of nature has encouraged him to look into various careers that he can do in that area. The skill learning gives Mom way to communicate in a positive manner. (Living with a child that has Asperger’s is not easy. Bug has been hospitalized for meltdowns, routines have to be kept, therapy done, stimulants minimalized, etc.) If it can be a Bug’s Life, it can be your life. (187) 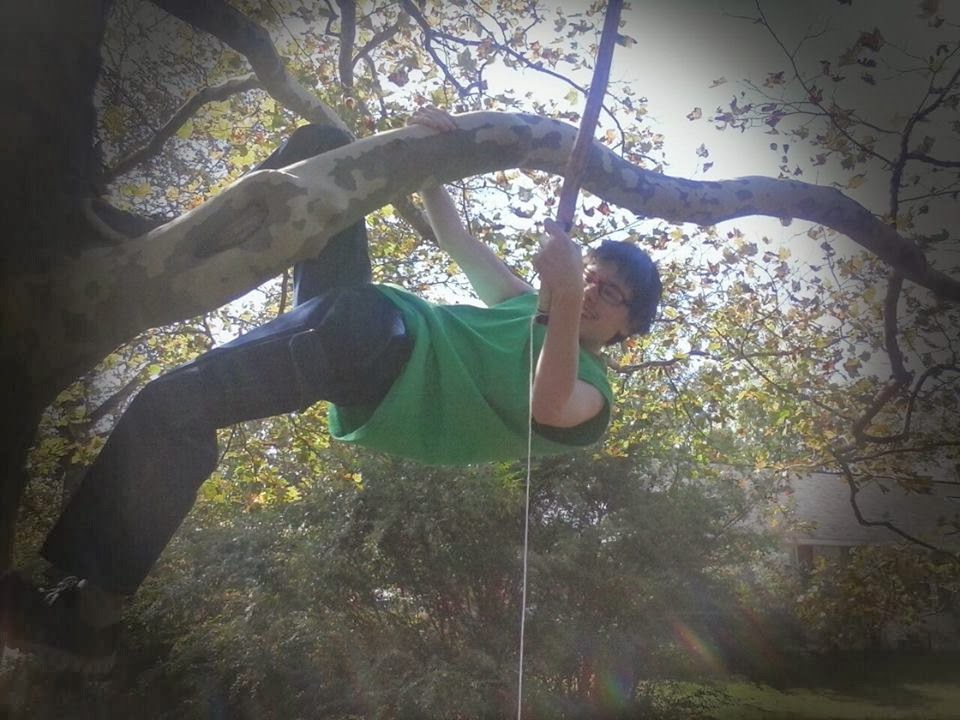 Tree Climbing
Posted by Perky Gramma Teaches at 4:48 AM

Email ThisBlogThis!Share to TwitterShare to FacebookShare to Pinterest
Labels: Who am I?