One of my goals for this coming year is to start learning and practicing more homemade homeopathic remedies. So, it was time to make some elderberry syrup. 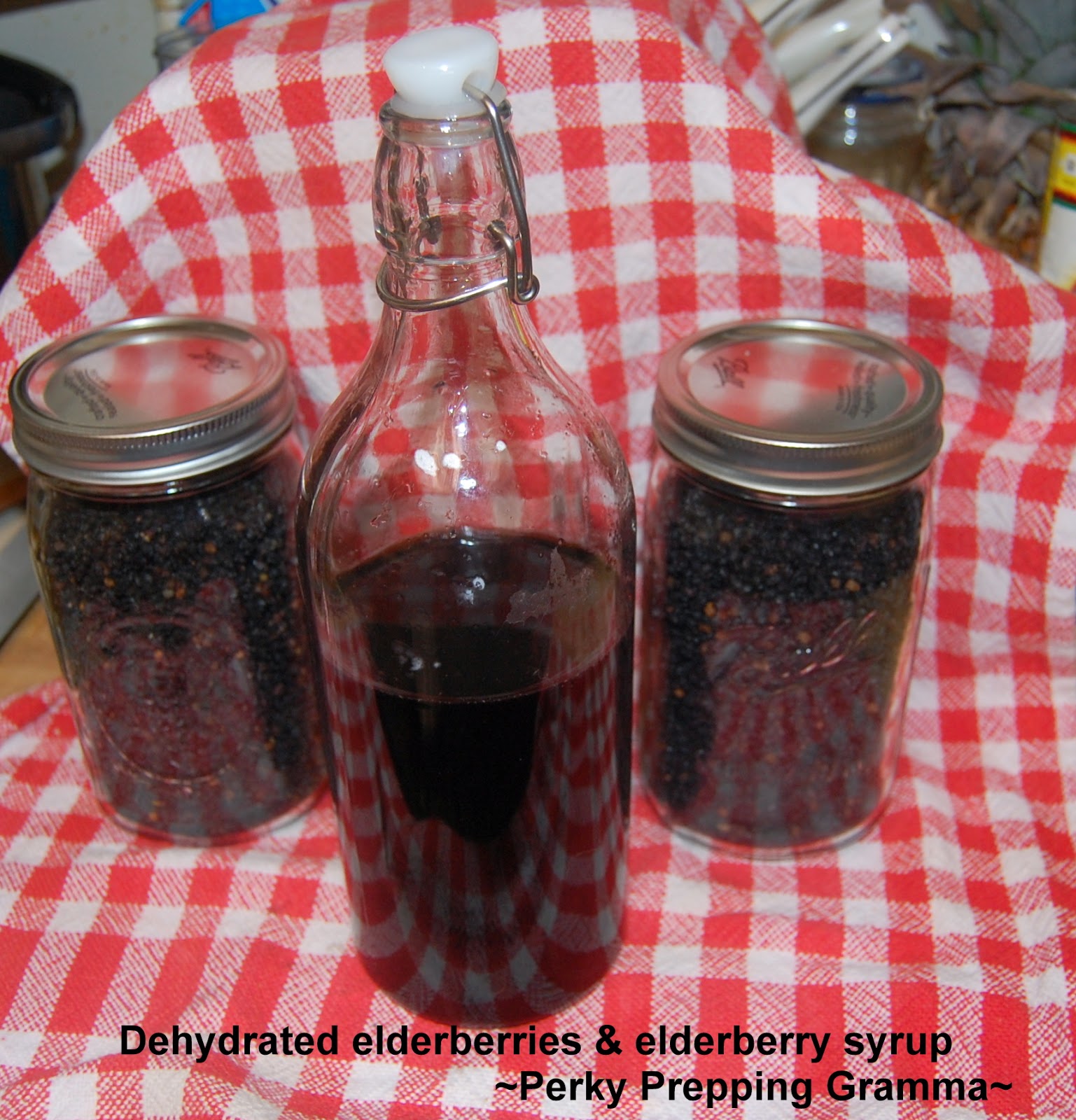 I bought my dried elderberries from Amazon. I ordered and used both kinds. Here is the link:
Perky Prepping Gramma's Store I actually bought both kinds listed in the store. 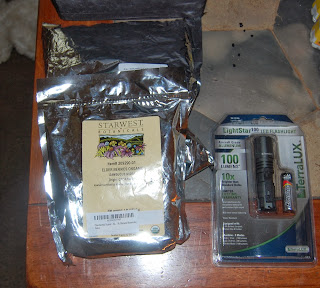 I used the recipe that Heidi Gossman Burrows has used and shared. It was so very simple.
The recipe is from Learning Herbs.
Ingredients:
1 cup fresh or 1/2 cup dried elderberries.
3 cups water
1 Cup honey (I now use a LOT less honey when making the recipe. Probably down to less than a 1/2 cup honey for one batch)
EDITED: (1/26/14) Now I add a couple of slices of dehydrated ginger to my recipe. 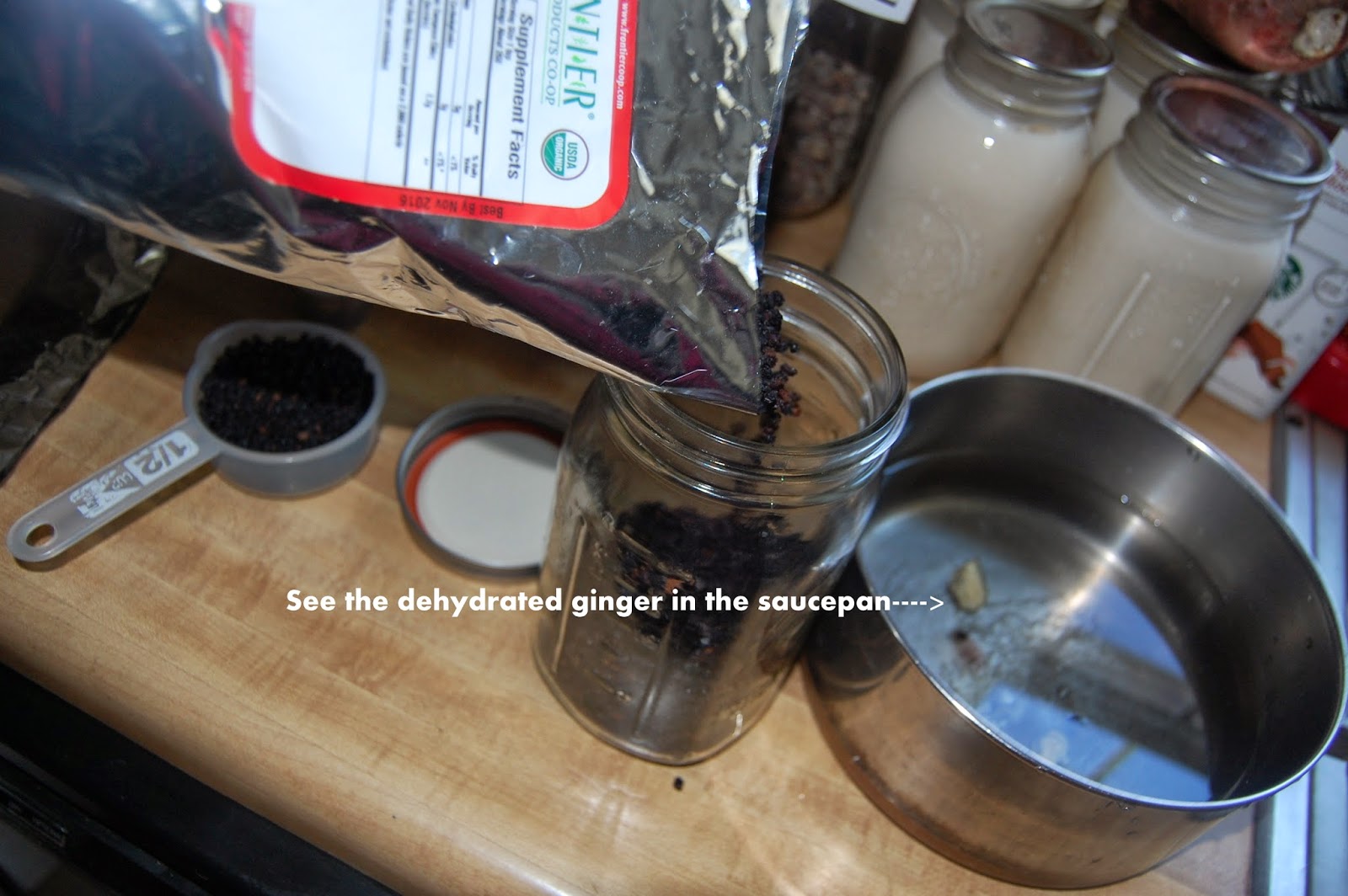 First, add 1 cup fresh or 1/2 dried elderberries to a pot and add 3 cups of water.
Bring to a boil & then reduce the heat and simmer for 1/2 hour. 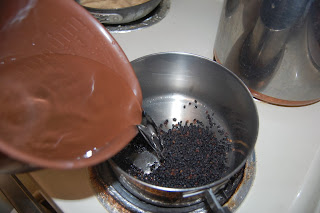 Smash the elderberries. I need to find my regular masher (and get 2 more) 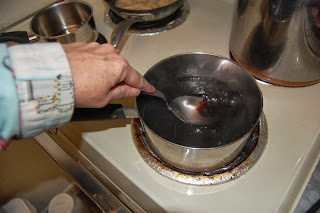 Strain everything with a strainer. I also used cheesecloth to be able to squeeze as much as possible out. Actually the second batch I made I didn't used the cheesecloth, because my strainer was sufficient for the job. I did order more cheesecloth and more strainers.
CAUTION: Don't eat the seeds. There is some chance of toxicity. I just googled it & read about it. A couple won't hurt. just use caution. 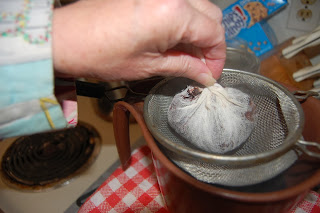 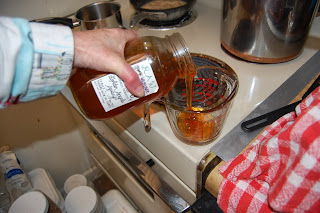 Don't you just love this bottle? I got it at Ikea several months ago.
The syrup is so yummy. The hard part will be not to just drink it.
Then I used a funnel and pour into a bottle of jar. You store the syrup in the fridge. It will last for several months. 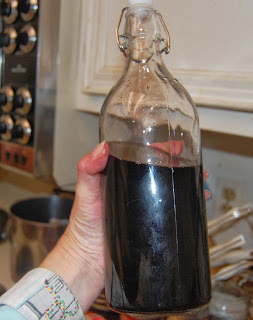 So, yield about 3 cups of elderberries syrup & I vacuum sealed the rest of my dried elderberries.


you are able to use other sweeteners like raw sugar.

You can give the elderberry syrup by the teaspoon (kids love it) every 2-3 hours while sick, or even use it regularly in your food, such as on pancakes! Elder is VERY high in bioflavonoids and is a great antioxidant.

For kids under 2, add the syrup to hot water to kill any microbes in the honey that might make them sick."
Posted by Perky Gramma Teaches at 5:04 AM